Property in Spain. Taxes for non-residents.

A natural person owning a property in Spain must pay the corresponding taxes, which depend on the tax residency of the owner.

According to Spanish tax regulations, a non-resident is a person who has been living in Spain for less than 183 days within the natural year (from January 1st to December 31st). Having in Spain the most significant part of the professional activity or economic interests can also determinate the tax residency in Spain.

Double Taxation Agreements signed between Spain and the owner’s country of residence may establish specific rules.

In general, these are the taxes to be paid:

It is the main tax for the Spanish Central Government, collected by Agencia Tributaria.

1.1 In case the property produces an income, like a rental, the tax must be paid quarterly, during the first 20 days after the quarter ends (from the 1st to the 20th of April, July, October and January). Tax Form: 210.

1.2 Even if the property is not rented and produces no income, a tax must be paid. A theoretical taxable base is calculated, based on the value of the property, even if it is not rented. The income tax applies to this theoretical presumed income. In this case, the tax is paid once a year, during the following year (so until December 31st of the following year). Tax Form: 210.

1.3 When the property is sold, the corresponding tax will be paid between the second and fourth months after the date of sale. Tax Form: 210.

This is a tax on Net Worth, which applies not only on real estate but to any other assets. It is collected by the Regional Governments (Comunidades Autónomas) although the Tax Form and payment must be done through the Tax Authorities of Central Government, that is the Agencia Tributaria. Tax Form: 714.

Double Taxation Agreements are very specific in relation to this tax, so it is important to check the agreement corresponding to the country of residency. As an example, Russian tax residents pay Wealth Tax in Spain but only for the Real Estate owned in Spain; other assets they own in Spain are not included in the taxable base.

In any case, the non-resident would only have to pay this tax if the net value of their assets in Spain (deducting debts and other credits) exceeds the amount of €700,000.

Some special softer rules may apply for residents of the EU, compared to the rest of the world.

This is a local tax (Impuesto sobre Bienes Inmuebles, frequently known as IBI) on real estate assets, which is paid to the corresponding Town Hall. The information is sent to each Town Hall when the property is bought and they send the taxpayer the calculation of the tax and the document to be paid pay, by mail. There is no tax form; it is the same Town Hall issuing a document for the payment.

Payment can be also made by direct debit to the owner’s bank account in Spain. It is precise to ask for this option in Town Hall.

For some calculations of the taxes above mentioned, an official valuation of the property must be known (Valor Catastral). Having a Digital Signature in Spain (also called Digital Certificate) is very helpful to access to this information.

Other taxes in Spain for non-residents could have to be paid in particular situations, such as inheritances or donations.

Do not hesitate to contact our Tax Department if more information is required. 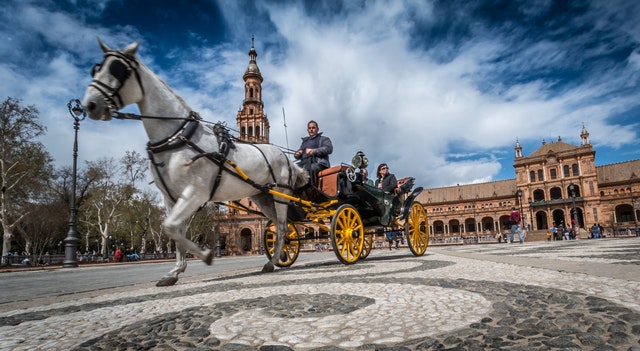